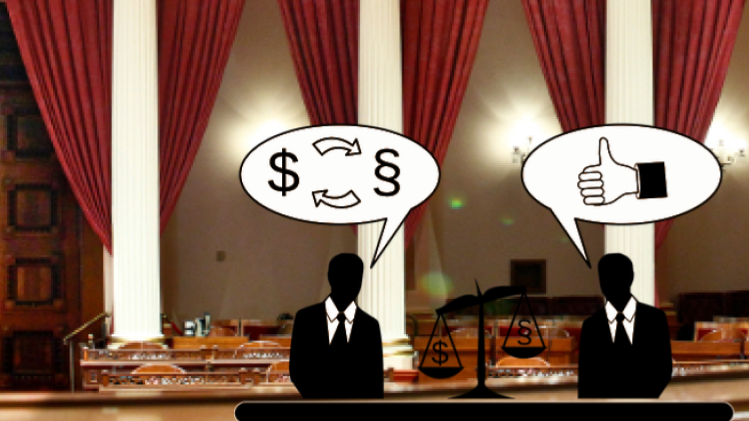 The California Democratic Party is openly corrupt. It’s a party whose leaders pretend to care about social justice and working-class Americans, all while taking bribes from giant corporations and the ultra-wealthy. It should lose every election because that level of corruption is easy for voters to see. The Democrats shouldn’t be able to hide from it.

And so, how does this corrupt organization defeat the California Republican Party again and again?

To answer that question, we have to look at how Republicans speak about our ideals and how we can best criticize the ruling Democrats in Sacramento.

If your parents or grandparents were Republicans, they were members of a party that believed in opportunity, morality, and justice. The Republican Party didn’t used to be a cult.

Look up the 1960 Republican Party Platform, 1968 platform, or the 1976 platform, and see a stark difference with today’s language.

Fascist con-artists like Donald Trump and Larry Elder would never be welcome in a party with ideals like that.

If you can stomach reading nazi proganda, you should try to get through a paragraph or two at random from the 2016/2020 national platform for the Republican Party. It’s horrific stuff. Just empty racist rhetoric on almost every line.

Taking on the Democrats with Better Ideas

Our party used to be able to talk about ideas and make good arguments — and win those arguments. And so, why aren’t we winning elections in California?

The California Democratic Party is easy to criticize. They’re a corrupt organization that is constantly selling-out regular people for bribes from the ultra-rich.

But here in California, we just went through a failed recall attempt that cost California taxpayers over 300 million dollars and did nothing to topple the Democratic Party’s control of our state.

They’ve collected campaign contributions, put on a circus, and wasted our time and money. Worse than accomplishing nothing, they’ve promoted misinformation and spread deadly disease among their followers.

These liars, mostly funded by the same people who fund the Democrats, wasted an opportunity to hold a bad governor to account for his poor management of our state.

If we stop listening to the talk-show hosts, we can see clearly how to really discuss the problems in our state: